This is a test of using pics from Flickr instead of dragging them over from the photo album.

Here’s a picture of one of our bikes, kinda of a mystery because I forgot what picture I was looking at when I copied the link! 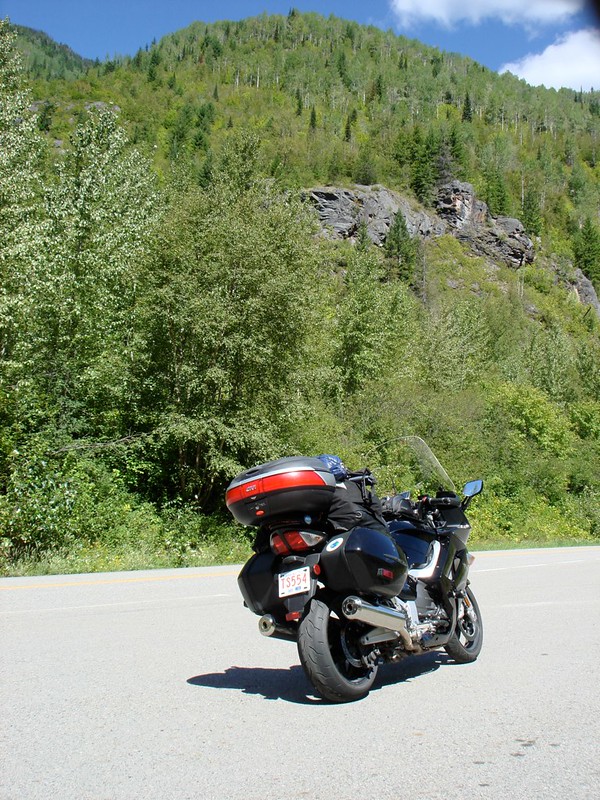 After I updated the blog with all the new V-Strom 1000 info, Robert was cruising through and popped out of his room to complain if that one went by what’s on the website, it’s like he doesn’t exist!

So, I went thru and added him into a few places and here’s a few pictures of him to get things started.

Before setting out on the WCR trip in September 2010, Robert struck a Captain Morgan pose.

On our way to Vancouver Island last September on the first day, we stopped for a bite to eat in the Crowsnest Pass and I snapped this picture of Robert just before we headed out again.

I’ll add more “Robert stuff” to the site over the next few weeks.

I’ve been using iWeb for my entire website, but since I’ve been using my iPad more and more, not being able to add a blog entry has become enough of an irritant to try WordPress again. There is no iWeb for the iPad so there’s no way to edit my site at on the iPad.

Back last summer I tried out using just the iPad – I didn’t take the laptop at all. I was able to sort of edit the site, but there were other issues mostly related to connectivity (I have Rogers service, which is kinda spotty in the interior of BC) and I realized that I needed to the laptop to download routes to my GPS. So I’ll not be going without a laptop again.

But I still want to be able to update the blog quickly from the iPad, so I’m going to try WordPress again. Why WordPress? It has a usable app for the iPad and the others don’t (yet). So we’ll see how it goes.