Pretty much every day that I’m working at home, Gidget cannot wait to get down to the office and jump into her bed, and today was no exception. In fact she seemed extra frantic to get down there today. I was in Edmonton yesterday, we just had a long weekend and I was away for a couple of days last week too. So it had been days since the last time she was down here with me.

So early this morning, I took some recycling down to the bins, and Gidget followed me down. After I shoo’ed her back upstairs, she glared me like somehow I’d denied her her rightful place. I went down again a little later, and the same thing happen, Gidget denied and glaring at me. 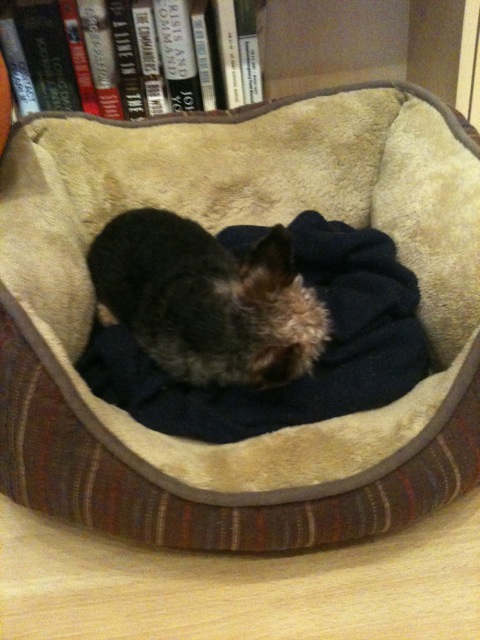 Gidget in her office bed

So when I’d had my shower and gathered up the laptop, iPad, iPhone and a coffee, she was prancing and dancing, because this time, since I had all the “office stuff”, I was REALLY going to the office!

Five minutes later here she is … and she’ll be here all day, snoring away.

The first trip of the 2011 riding season is in place. In late June, I’ll be heading out to Nelson, BC for the 16th Western Honda ST1300 Owners Club meeting and gathering. 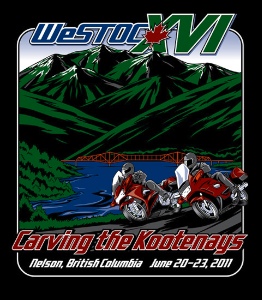 Yes that’s true, but I have an in. The fellow that runs Calgary Sport Touring, Tim Graham, have been my supplier for the StarCom intercom units that we use on our bikes. Since we’ve bought 5 units from him, plus some other stuff, I guess we rate as a good customer. Add the fact that last year I upgraded from the Burgman to the FJR, a cousin of the Honda ST1300, he graciously extended a special invitation to me to attend this years ST event.

The only downer is that it runs during the week, and it’s at the end of the month while school is still in – so Louise can’t come. I do have a plan for some rides though – I’m calling it the BC Interior Dam and Ferry Ride. The idea is that over the three days of riding I’ll get a picture of the bike near all the ferries and dams I can reach. Pointless? Yes. But it does provide some minuscule reason for riding around! I’ll have the Spot Messenger on, and I’ll be blogging at the end of days biking.

Not a loud pipe

Motorcycle season is finally here and it’s about time. Along with the joy of getting out on the bikes, comes the annual cry of the loud pipes crowd as they bemoan the efforts of various municipalities to crack down on the rrrraaaaapppp of their unmuffled bikes. 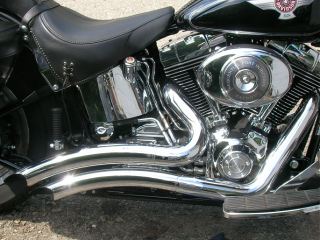 All motorbikes sold in Canada have to meet the legislated decibel levels at the tailpipe, including our bikes, the FJR, VStrom and the T-Max. However there are a large number of riders who insist on replacing the stock mufflers with custom mufflers, designed only to make as much noise as possible.

We’ve all heard them and to be sure, those who go with the unmuffled pipes claim that loud pipes save lives, that the more noise they make, the more likely it is that a driver of a car or whatever will sit up straight, look around for the sound and therefore – not run over the loud bike.

OK, I can maybe see how this works for cars coming up behind the loud bike. They’ll hear the maximum sound from the pipe coming at them and the driver will clearly know that there’s a motorbike ahead of them. But there’s no way the loud pipes will make a difference to a driver approaching head on to the loud bike – the physics of sound don’t work that way.

So the big claim of the loud crowd, is that cars will hear them beside the car and so the cars won’t make a lane change into the bike because the driver didn’t see the bike in their blind spot.

The trouble is that by far most accidents involving motorbikes are where the bike goes off the road and hits something (or hits something on the road, like a stopped truck), or where a car pulls out to do a (most often a left) turn and either hits the bike or the bike hits the car. Usually speed, alcohol and lack of skill are the direct cause. Loud pipes won’t help with this. Keeping the speed reasonable for the conditions, don’t drink and ride, and ride within your skill level are what mitigates this risk.

Now, back to the law for a minute. There’s talk in both Edmonton and Calgary about trying to get some sort of “multa-nova” like camera system to grab the license plate number of vehicles that exceed the mandated decibel levels. Obviously what the politicians have in mind is some automated gizmo on the side of the road that is set off when a loud bike goes by so it can take a picture of the offenders plate. But if you’re already anti-social enough to run with loud pipes, what’s stopping that person from jimmying their plate so it doesn’t show easily? Add to this the fact that I doubt very much that gravel trucks using the “jake-brake” or Civics with tuner-cans are going to get nabbed by this gizmo. Make no mistake – this automated gizmo is targeted squarely at motorcyclists. And all motorcyclists are getting lumped into the same bucket.

Robert and I have come up with the perfect counter to these auditory fashionistas:

“If you think that loud pipes make you safer, then you really need to take a motorcycle training course, may I suggest Too Cool Motorcycle School”.

And we could of course add that if you REALLY want to be safer, wear a bright jacket that stands out, not a fashionable black leather jacket that’s distinctive only for the logo on it.

Late last month, Louise finally brought her new VStrom home. I posted some pics on the iWeb based blog at my MobileMe site, but I thought I’d post a couple of pics here, including one from out in the wild. Enjoy! 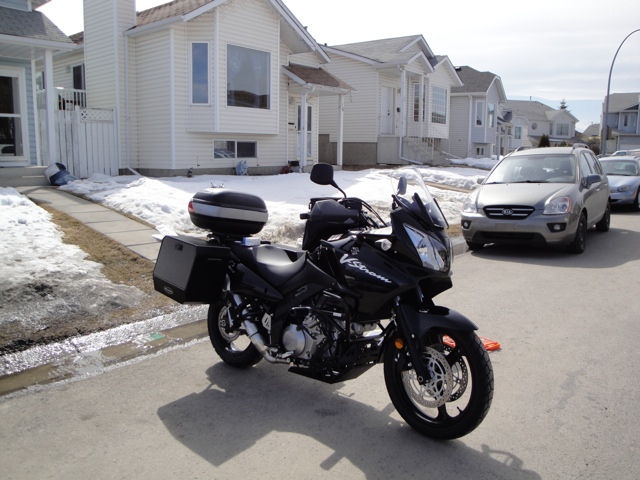